All rivers are now closed for 3 months.

Roll on Tuesday 16th June when we can fish the river again!!!

One of our members spotted a seal (presumably a Grey Seal) in the margins at Muchelney Bridge on Thursday 5th December.

If you have never fished rivers before, try fishing the Parrett this season. There's loads of fish along the whole length (about 7 miles if you include the SLAC waters) and you will have it all to yourself; you probably won't see another angler all day. It really can be peaceful fishing out in the countryside! Give it a go!!! 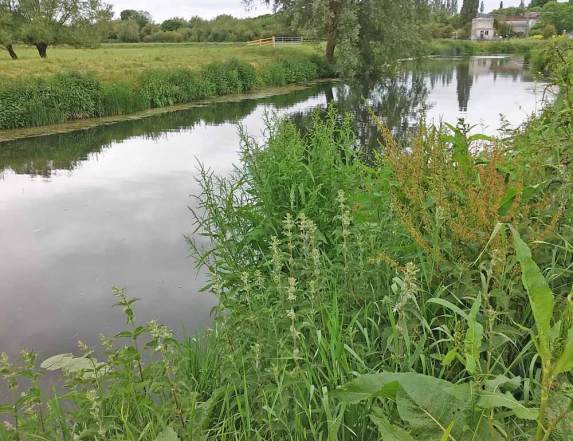 The fishing platforms on Cocklemoor in Langport have now been removed.

Langport Town Council, as part of their plans for developing the River Parrett as a useful amenity for Langport, are proposing to erect new fishing platforms a little further downstream.

This is due to be carried out this year.

I've put the maps of the SLAC waters on the Club Waters page.

Langport Town Council want to develop the River Parrett as a tourist resource to bring more people into the town, through boating and improvements to the riverside, to generate more income for the town.

The slipway below Black Bridge has been restored by British Waterways volunteers, with further work planned to rebuild the lower end of it when the water level is low again, next winter.

The car park at Black Bridge is to be repaired.

A boardwalk between Black Bridge and Cocklemoor was planned to overcome the muddy conditions, at times, along the bank. However, the Environment Agency have vetoed this as they reserve the right to move heavy plant along the bank, when needed, which would smash through it. Alternative proposals are being considered.

There will also be information boards, benches, picnic tables and solar lighting, to name just a few things.

Pontoons have been installed at Cocklemoor, Black Bridge and Muchelney for boaters to use. These have been removed for maintenance and storage during the winter.

The Cocklemoor pontoon is located below where the two disabled platforms were. I've met the project coordinator on Cocklemoor and asked for the two replacement platforms to be located further down, level with the path from Stacey's Court car park. They will also be accessible from the main car park. This will hopefully be a slightly quieter area for disabled anglers to fish. The suppliers are now waiting for stable weather and lower water levels to install them.

Funding of over £200,000 has been acquired. Completion was planned to be March 2020 but with the weather so far this year, the deadline will be extended.